Hear my prayer, O Lord;
let my cry come to you.
Do not hide your face from me
in the day of my distress.
Incline your ear to me;
answer me speedily in the day when I call.

The Land called Holy by Jews, Christians, and Muslims is once again the scene of armed hostilities, protests, and fighting. In response to a peaceful protest against the illegal Israeli occupation of Palestinian lands and the displacement of Palestinians from their homes, this time from the Shaikh Jarrah neighborhood of Jerusalem, Israel’s hostile actions have led to an all-out conflagration. The fact that the initial response took place during Ramadan, and inside the Muslim community’s holy al-Aqsa Mosque compound in Jerusalem, was certain to inflame. This situation again causes us to cry out: “So now, O Lord our God, save us [we] pray you” (2 Kings 19:19, NRSV).

The fear is palpable. Palestinians and Israelis are losing loved ones to the violence, including children.  Palestinian homes and neighborhoods, especially in Gaza, are being destroyed with Israeli firepower. Israeli homes and neighborhoods are being shelled with Palestinian rockets fired from Gaza. At the same time, perhaps most lamentably, Jewish and Arab citizens in blended communities within Israel are turning against one another, all this while Israeli Jewish and Arab medical personnel are working side-by-side to save lives. A growing humanitarian crisis among the Palestinians is also deeply concerning.

The violence must stop. We urge Israelis and Palestinians to honor the ceasefire that has been reached, and to end this fighting.

The modern State of Israel was established in the Biblical Jewish homeland in 1948, thereby displacing Palestinians from what had been their own ancient homeland. In that moment, an achievement for the Jewish community, borne of its suffering in the Holocaust, became a catastrophe (Nakba) for the Palestinian community, causing generations of lamentation. Since that time, violence has consistently threatened the fragile existence of all people in the land, and in the region. This threat of violence became entrenched in 1967, when war led to Israel’s occupation of the West Bank and Gaza. Since that time, despite the Israeli withdrawal from Gaza in 2005, Israel has systematically appropriated occupied territory for its own in the West Bank and continued its blockade of Gaza. The long simmering anger and expected periodic outbursts have consistently been used to legitimize Israeli oppression of the Palestinian community.

Today’s violence is no different. While Israelis and Palestinians must take the first steps toward ending the violence, the United States and the international community must insist that they do so.

The National Council of Churches calls upon President Biden to bring his Administration’s weight to bear on both Israeli and Palestinian leaders to resume talks that would lead to a peaceful solution that is satisfactory to both sides. In doing so, the U.S. must uphold the condition that current and future aid to Israel – financial, military and otherwise — is not used to legitimize illegal occupation and to enable acts of aggression. As the region is already flooded by extremely powerful and deadly weapons and the NCC has consistently stood for the redirection of military spending to more peaceful and productive uses, we also demand that the U.S. cease selling arms to all states in the region as this can only lead to more instability and further deteriorate conditions in the Holy Land.

We call upon the Israeli Government to end the cynical use of Palestinian anger and hostility, which is expected as a reaction to occupation and oppression, as a pretext for continued violations against the Palestinian people. We further call upon Prime Minister Netanyahu to stop the use of the current violence to distract from internal Israeli political turmoil.

Finally, we call upon the Palestinian Authority to renounce the hostile actions of destructive elements within its society, namely Hamas, even as we recognize the asymmetry of power. We do not condone violence of any kind, and we condemn terrorism in all its manifestations.

We make these calls with our faith partners in the Holy Land in mind. And we pray alongside faithful Christians, Muslims, and Jews, in Jerusalem and everywhere, for peace.

Statement of the patriarchs and Heads of Churches of Jerusalem concerning the recent violence in Jerusalem https://www.lpj.org/archives/patriarchs-and-heads-of-jerusalem-churches-concerned-about-alaqsa-mosque-worshippers-and-sheikh-jarrah-families.html

The Middle East Council of Churches renews its call to lift the occupation of the Palestinian people https://www.mecc.org/mecc/2021/5/11/with-the-escalation-of-confrontations-in-occupied-jerusalem

World Council of Churches Statement on Israel and Palestine

NCC Laments Opening of US Embassy in Jerusalem

A Message Following the National Council of Churches’ Pilgrimage to the Holy Land, September, 2017

Statement by General Secretaries Rev. Dr. Olav Fykse Tveit and Jim Winkler given at the NCC/WCC Consultation on the Holy Land 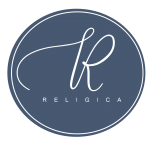